In this world, its origin is unknown. It is known that history dates up to 4000 years back. Science has shown there wasn't a life before that, and not even religion has developed a story that explains it.

To resolve this issue, the country of Zetania has been collecting "relics of the past", objects from very early dates in history, enigmatic, and almost magical.

The cepeus column (specially, its shaft) is the most important, since it is in the main temple of its religion, and it appears in the shield of the nation. It shines a similar design to Laerela. Seventeen years ago in the story, its edges opened for its first time to ask the witnesses to look for a very special girl, a being of light, near Ise, and that when she will have use of reason, they will introduce her to the column to explain her origin. 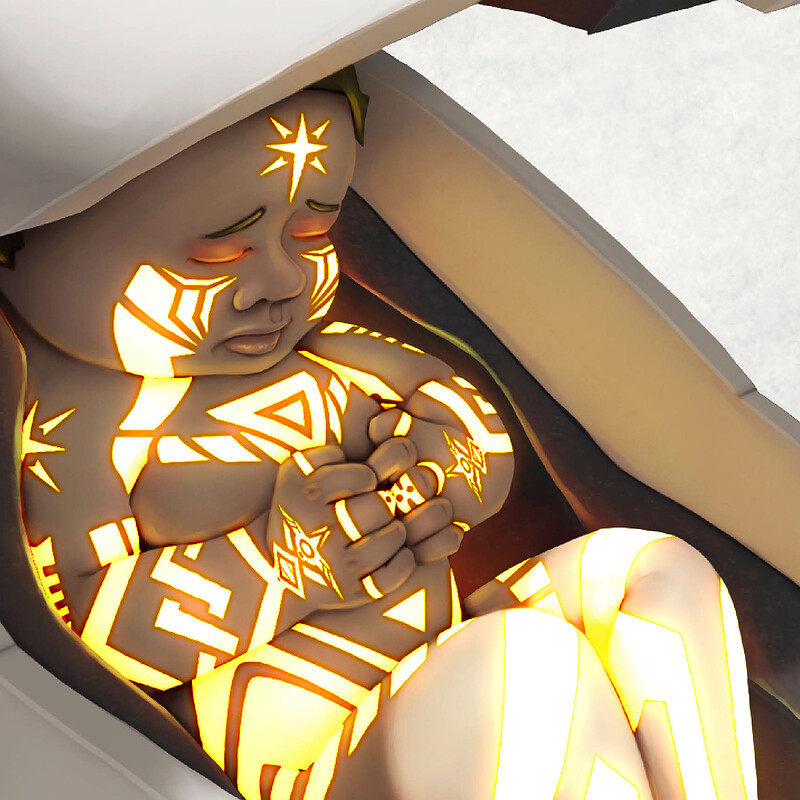